In general there are two methods of dealing with problematic soils, one is the use of bearing elements, and the addition of materials to the soil that improves its resistance parameters. Micropile is a method that takes some of the benefits of both of the above methods.

Borehole drilling, grouting and reinforcement, are three step of procedure that forms the basis of soil improvement by using micropile. In first years of generation, micropile was originally used to repair existing foundations and structures, but with recent advances in drilling and grouting equipment, more efficient and practical use of this method attracted geotechnical researchers effort.

See our scientific database to learn more about micropiles… 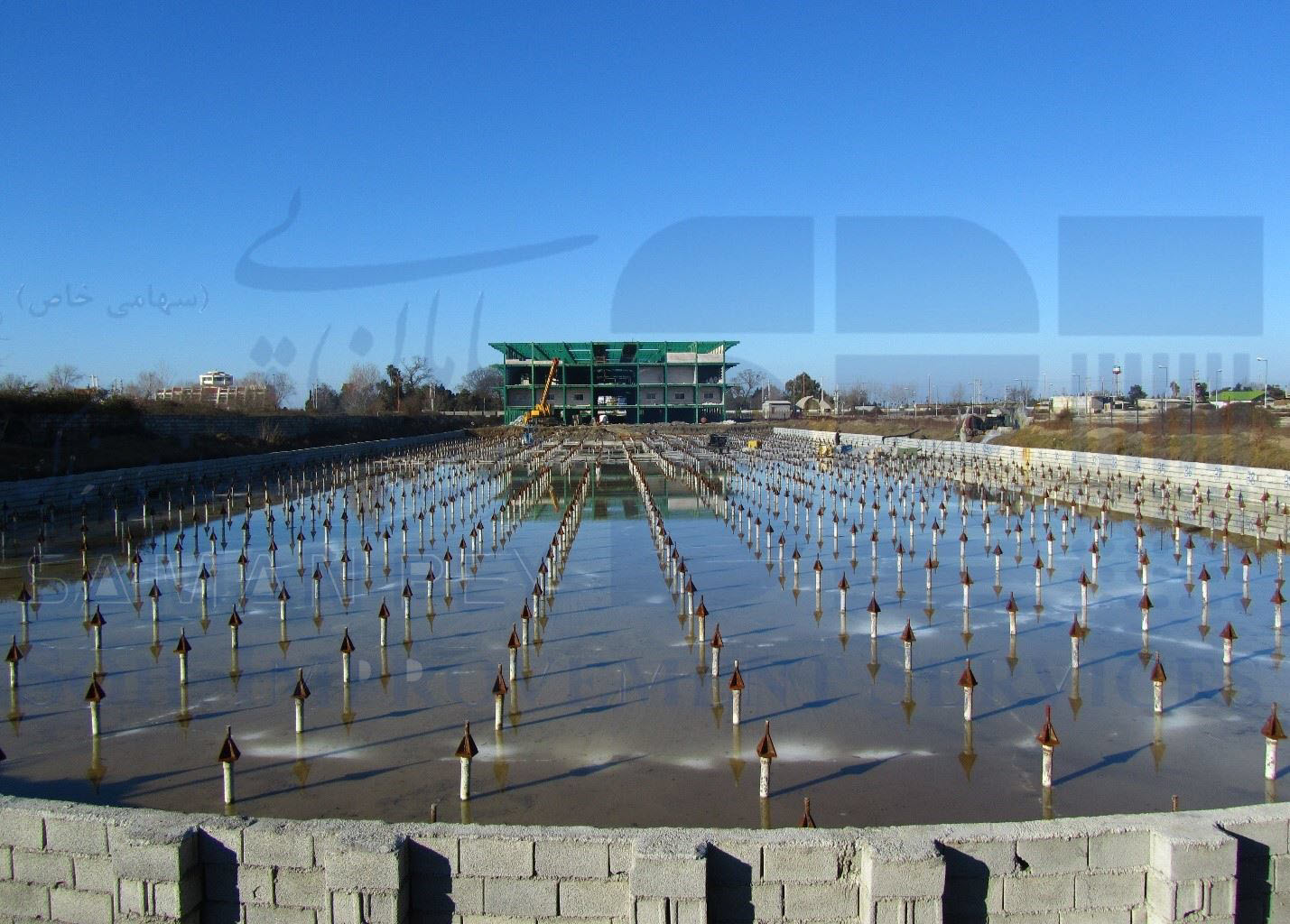 The first use of micropiles dates back to the early 1950’s in Italy, where new methods of underpinning for existing structures were needed to restore structures and monuments damaged during World War II (Lizzi, 1982). Dr. Fernando Lizzi is commonly recognized as the inventor of micropiles in the form of the root pile or palo-radice.

Dr. Lizzi was a civil engineer and Technical Director with the Italian specialty foundation contractor Fondedile and obtained the first patents for root piles in Italy in 1952. This early form of micropile technology was used extensively in Europe for the restoration of various structures and monuments.

In the early 1990’s, the Intermodal Surface Transportation Efficiency Act (ISTEA) provided massive funding for the rehabilitation of highway infrastructure in the United States. As part of this effort, the FHWA undertook a number of research and development projects associated with specialty geotechnical construction to encourage innovation in geotechnical applications and produced several design manuals including the first on micropiles. This was the beginning of the surge in micropile use in the United States (micropile.org).

The principles of micropile engineering calculations are function of the it’s type and, consequently, it’s behavior. In a situation where micropiles are used to strengthen and improve foundation soil, technical calculations are similar to those of conventional piles. These calculations are based on three major parts of structural design, geotechnical design, and punch failure shear control.

In structural design, the bearing capacity of the micropile elements consists of a steel caisson, reinforcement bar and cement grout, which should have a good factor of safety about loads on the microporous.

In geotechnical design, the friction strength of the micropile is determined by the surrounding soil, which must be above the loads with a acceptable factor of safety so that it is not possible to separate the micropile from the soil prior to the reinforcement bar yield state.

In the final step of the design, due to large concentrated loads on micropiles have a and their small diameter, punch failure of bearing elements should control and proper flange design should be considered. 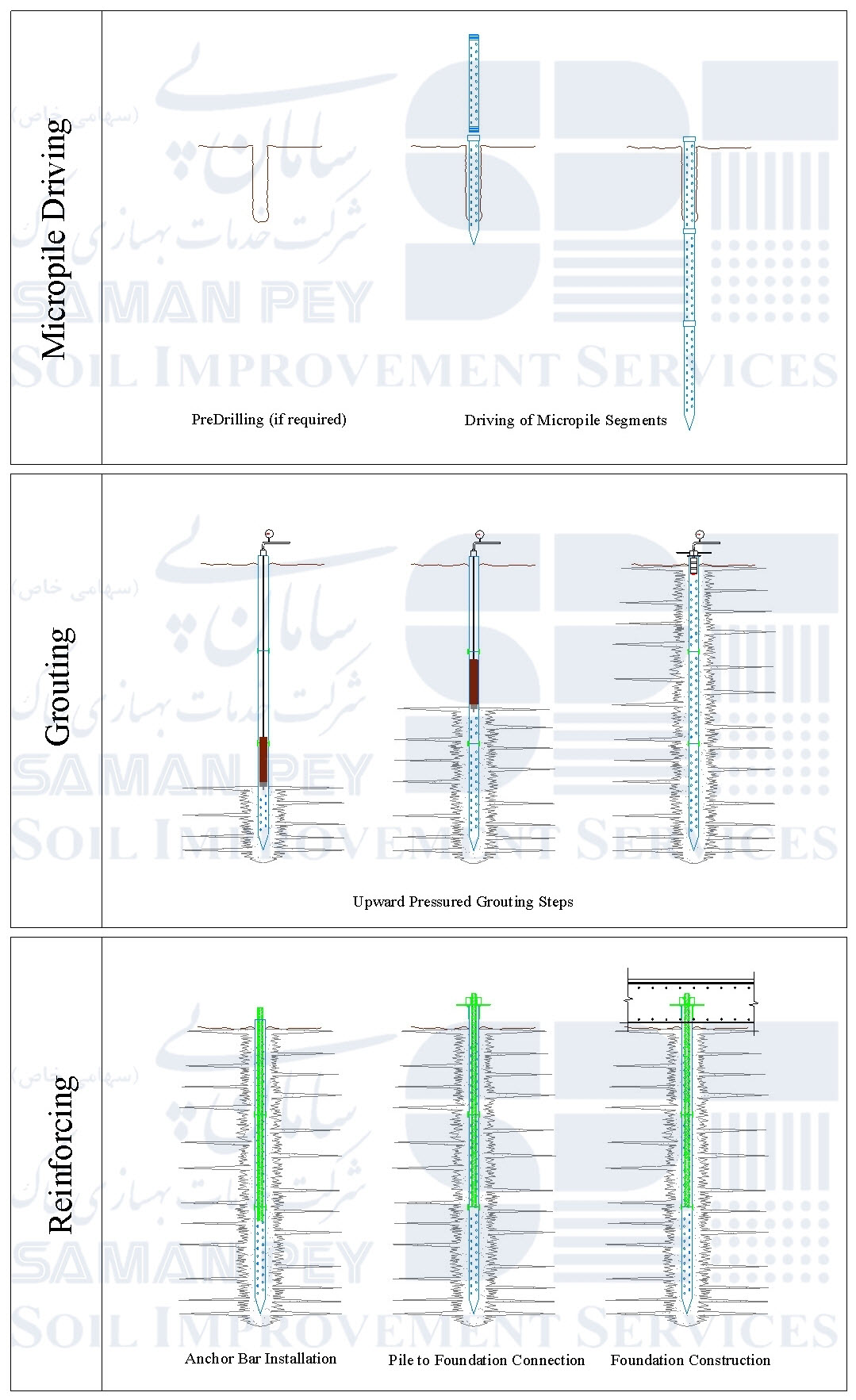 Samanpey Co. uses two updated methods of micropile reinforcement. First method is a conventional method that consists of four stages of drilling (if necessary), pile diriving, grouting, and reinforcement which shown schematically in figures. In the other hand samanpey co. as a pioneer company also uses self-drilling self-grouting micropiles for soil improvement projects in Iran.

Micropiles can be used in a variety of applications. Particularly useful when projects are launched in areas with limited access or weak soil, Micropiles have become a preferred method of deep foundation stabilization for their reliability and efficiency.

In general micropiles can be used in soil improvement and foundation rehabilitation projects.

In order to evaluate micropiles performance and control quality of construction there are several methods of micropile tests: 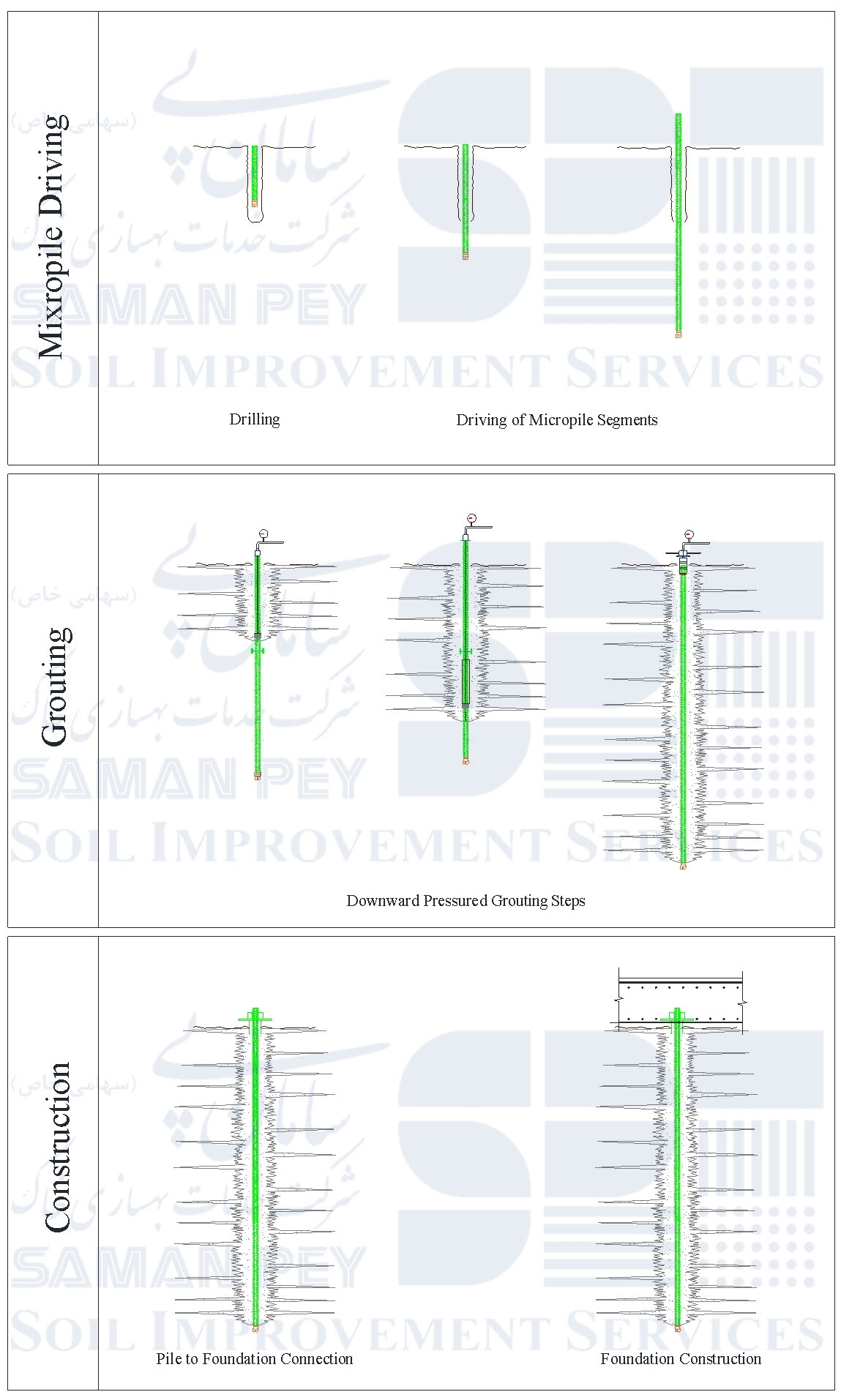 Self drilling self grouting micropiles or mixopiles construction stages